Lunattack (Barbara Duchow) was born in Hamburg, Germany. In 2002 produced her first EP CD "Dolphins" as Bayou Bokeem & Friends. Since 2014 she has worked together with the guitarist, singer and songwriter Lone Kent (Toulouse) in the music composition of her songs. 2015 she started to work with the Venezuelan visual artist Arnaldo Drés González to create the Lunattack’s visual art presence.

Bit by bit incredible musicians, producers and performers have given their creativity and support to each live performances and wherever she goes she invites guest artists to join her. This dynamic has made Lunattack be enriched by a kind of wonderful creative hybrid. 2017 she has released her debut album “Pont Neuf” with Pussy Empire Recording in Hamburg.

For over 25 years, Lunattack has regularly performed at charities concerts, including the "Enorock Festival" for children (2020 & 2022 - Le Metronum in Toulouse) and supported Doctors Without Borders in special concerts 2017, 2018, 2019 (Halle 424 and Stage Theater in Hamburg).

Lunattack has been part of three artist residencies (2019/2021/2022) at Peter Gabriel's Real World Studios in the UK from where her songs "Dream in Black and White", "The Lost Tail" (collaborating with the English artist Jacqueline La) and "Lumina" (with DARK BLONDE a.k.a Birgit Fischer) were created.

Lunattack allows helplessness, anger and disappointment to sweep comfortably through her stories while moments of joy and love take on power and depth. The stories of her own family, friends and encounters, establish a counterweight to forced collective narratives, undiscussed political correctness and the ignorance of inherited pain. Understanding allows ecstasy to enter the heart as it acknowledges and overcomes even the darkest abysm. 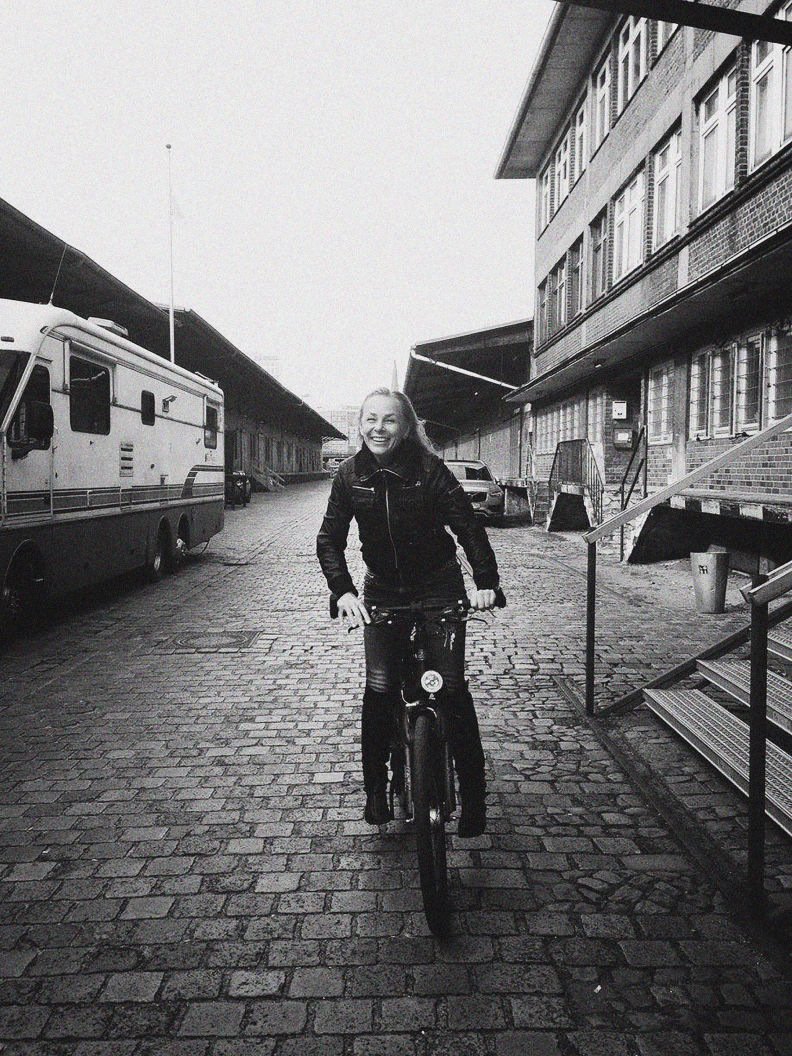 Duchow’s exploration is also heavily influenced by the invisible and lasting weight passed on to German grandchildren of the Second World War as she begins to understand her own generation.

Barbara Duchow has travelled a lot in her life. As a seeker, lover, fugitive, soulsister, artist, teacher and coach. She has always been confronted with the necessity to acquaint herself with the unspoken. This gave birth to a specific artistic language relating self-story to the foreign story and the distant to the intimate. The intrinsic charm of this special language lies in the distinct, weighted and poetic atmosphere created by Duchows voice. Each listening avoids decisiveness as the listener’s own story finds its place joining the shine of a hiker between worlds. 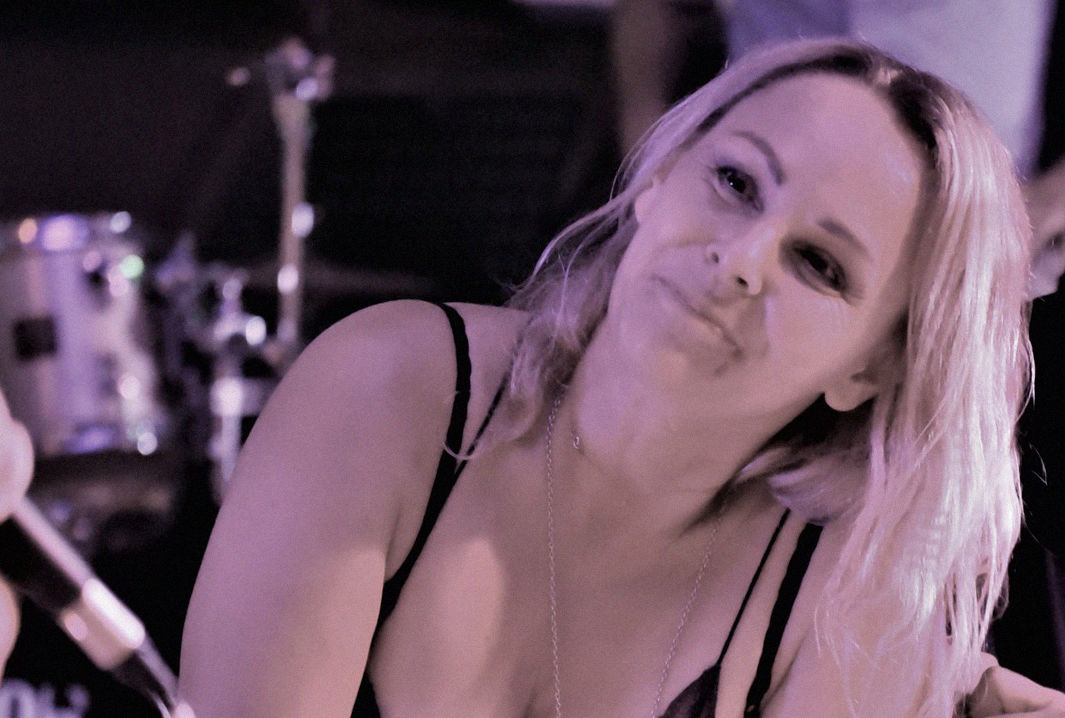 "You cannot break away from your own story, but many of us try. Even if that means moving to other continents and embracing foreign cultures - just to touch, to feel, to understand your own roots".

Rock has always brought something wild, a kind of drive or primal force to the people. Gabrielle Roth once called rock stars “modern city shamans”. With my music I take ritual ceremonies, as we know it from ancient cultures, and bring it into the present time by transforming them into a concert.

This space, which is created in collaborating with international musicians and visual artists, is experienced by the audience as a space of light trance, where they can let go and can be moved on all levels. This music driven ritual space acts as a deep cleansing on the physical, emotional, energetic and mental body, which can discover its deep self-efficacy. A self-actively living body creates the awareness for each individual to be able to change the world (with all its wars, disasters and evils) and make it a better place.

At the age of twelve I’ve been in Kiel at a ACDC concert. The song “Hells Bells” vibrated in my body and I knew someday I would sing rock and metal. These musicians gave me strength, hope and a lot of “joie de vivre”. I felt like it was the ritual of a tribe I belong to, where I can just be - at a celebration that cleans me and charges me with fresh energy. I came out of this concert motivated, inspired and powerful and knew that I would make music, I would become a performer.

Like many people of my generation, I am influenced by the traumatic war experiences of my parents, grandparents and great-grandparents. Two world wars do not pass without a trace by an epoche and so my early adult years were characterized by historical reappraisal and therapeutic work on my own (adopted) traumas. I had to detoxify and free myself, I had to learn to understand why people are neither self-determined nor act self-determined, but only from the recognition of their injuries and imprints become capable of acting and peaceful individuals. Unprocessed injuries make you loud, rough and lonely. Booming and knocking down are protective mechanisms that themselves cause new miseries. So, it’s about becoming touchable, vulnerable and open again. It is about becoming receptive again, able to hear oneself and others.

My songs and videos range from small human stories to big epic stories and are all powerful pleadings for appreciating, loving and caring for each other. I am convinced that everything that is alive deserves to be respected. If we manage to love life and no longer take its beauty for granted, we won’t be able to kill another life any longer.

My stories are an expression of this desire, they should move, make people tangible and bring a bunch of empathy into the world.

All this can be found in my songs/videos like "The Lost Tal" and "Lumina". They deals with the inseparability of two basic human needs: our need to connect with the world around us as much as our necessity to tell stories to each other. Actually both seem fragile and endangered in todays world. Our deepest desire no longer remembers how much our ability to feel happiness depends on how naturally our ‚animal nature’ is able to connect with the world around us.

Animals use their tail to feel at home in their movements, their expressions, their body. We have largely lost these ways of remembering ourselves. What if we finally remembered? We would feel the pain of this loss.

All the tales that led to this would have to be told, real words, felt life would break out of us and with every memory we would connect deeper and deeper with the world body, as much as with our own.

We would carry out the old movements that have always created connectedness. We would speak the old words that only sound when they are spoken together. We would sing the songs that resonate from our bones.

My songs are all about that. Remembering the loss. Reconnecting with the nature inside of us all.

I support organizations such as “Doctors Without Borders” with my concerts and want to be a voice for all those who contribute to creating a greater awareness of the importance of a healthy, networked, free and peaceful Mother Earth.

My audience is invited to win back their own voice and take back their own body. There is nothing better! Being able to be fully yourself and at the same time being part of the big picture is my invitation!

The COVID-19 virus has impacted the creative community around the world.

Show support for your favorite creators